Rouler des/les mécaniques – to walk in a swaggering, arrogant, macho way which shows off your muscles

I found a good example of the use of this French expression when reading Les ciels de la baie d’Audierne by Hervé Jaouen (Pocket edition, 2006, page 314):

“I wasn’t the only person in the marquee to be transfixed when the fourth kid swaggered, shoulders swaying, towards the witness box, waving to his audience. My neighbour, the nosy journalist, stopped still, his pen in the air.”

Les mécaniques (notice no H!) refers to the skeleton and joints of the body, so you have to imagine a muscular person (usually a man) who rolls his shoulders while walking, in an attempt to intimidate those around him. I don’t think there is an exact English translation but please leave a comment if you can think of one. 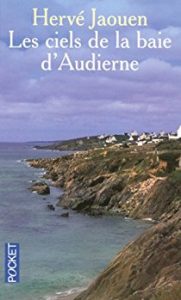 This book rather took me by surprise as the front cover and title give no clue as to the content. It is in fact a modern tale about a family whose lives are turned upside down by an accusation against the parents concerning their supposed involvement in a paedophile ring. I found it completely gripping and read it in three or four days! Because the story is written in the first person, the language became more of a challenge to me as the book progressed: more and more slang is used as the teenage protagonist gets sucked into a downward spiral. However, it was well worth the time spent with a dictionary and I do recommend it to advanced learners.